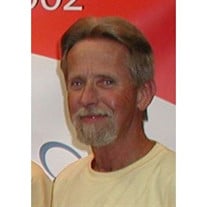 Andrew M. Burke Andrew “Andy” Michael Burke, formerly of Monroe, MI,and born in Detroit, MI to Timothy Burke and Kathleen Burke nee Waugh on November 22, 1946 and died suddenly in Port Orange, FL August 12, 2012 at the age of 65. Andy graduated from Holy Redeemer School in 1965. He enlisted in the United States Navy in November 1968 and was stationed at Fighter Squadron 121, NAS, Miramar, California. He was honorably discharged in September 1973. He then went to school at Eastern Michigan University to receive his Bachelor of Science Degree in April 1973, and his Master of Arts Degree in June of 1974. He began his career in Academia by first teaching at Hamtramck High School, Hamtramck, MI, and then Fordson High School, Dearborn, MI, before starting his long time career at Monroe County Community College (MCCC), Monroe, MI for 28 years.  While at MCCC, Andy held the position of Associate Professor of Welding Technology in the Industrial Technology Division. His career at MCCC was marked by a love for teaching, and dedication to his students. Andy lived many years in southeastern Michigan where he participated in his favorite pastimes of fishing, sailing, and boating. Andy leaves behind his beloved wife Valentina “Tina” Burke, sons Todd Timothy Burke and Andrew William Burke. His sisters Barbara Ellen Lambrix and husband Richard, Margaret Mary Fontenot and husband Edward, dear cousin Catherine Anne Perry and husband Stephen, several nieces, nephews, great nieces and nephews, many friends, and his dog, Behr II. At the family’s request, cremation will take place with no services to follow. Condolences may be shared with the family at www.HeritageDaytona.com. All services are under the direction of Heritage Cremation and Memorial Chapel, Port Orange, FL.

The family of Andrew M. Burke created this Life Tributes page to make it easy to share your memories.

Send flowers to the Burke family.