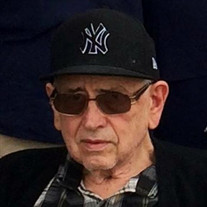 Arlin E. Lee, 78, of Palm Coast, FL passed away on March 25, 2018 at the Stuart F Meyer Hospice House with his family by his side. He was born June 28, 1939 in Frederick, Oklahoma to Judson Lee and Lucille Anderson Lee. He was educated in Frederick Schools and graduated from Frederick High School. He earned Bachelor and Master’s degrees in Electrical Engineering from the University of Oklahoma. He was employed by the OSAGE Computer at the University as Head Project Engineer and did extensive consulting work for the OU Medical Foundation and the Civil Aeronautics Institute of the Oklahoma FAA. In the fall of 1966, he joined the IBM Systems Development Division and moved his family to Poughkeepsie, New York. After joining IBM, he did design and development work in various staff and management capacities for multiple IBM Large Systems products. He had multiple patents and was a member of several technical organizations including Tau Beta Pi (the engineering equivalent to Phi Beta Kappa). In 2000, after a 33 year career at IBM, he retired as a Senior Technical Staff Member. In retirement, he enjoyed spending time with his family, woodworking, repairing and refinishing old furniture, keeping up with technical reading and occasionally helping his wife with her genealogy hobby. He and his wife, Susan, who survives, were married in Oklahoma. He was predeceased by a daughter Susan, and is survived by daughter Carrie (Lee) Anderson, Palm Coast, Florida and grandsons Jeremy Dirac, Kiev, Ukraine, Kyle Anderson, Edgewater, Florida and Connor Anderson, Palm Coast. A great-granddaughter, Giana Anderson, also survives him. He is survived by two brothers, Rodney Lee (Lesa), Oklahoma City and David (Barbara) San Antonio, Texas. He is also survived by brother-in-law, Robert (Jane) Sharp, Jacksonville, Florida and Patricia (Kenneth Benson, Norman, Oklahoma and several nieces and nephews. In lieu of flowers, the family requests that you honor Arlin's memory with donations to the DAV or a charitable organization of your choice. Heritage Funeral and Cremation Service is assisting the family with arrangements. www.HeritageFlagler.com

Arlin E. Lee, 78, of Palm Coast, FL passed away on March 25, 2018 at the Stuart F Meyer Hospice House with his family by his side. He was born June 28, 1939 in Frederick, Oklahoma to Judson Lee and Lucille Anderson Lee. He was educated in Frederick... View Obituary & Service Information

The family of Arlin E. Lee created this Life Tributes page to make it easy to share your memories.

Send flowers to the Lee family.