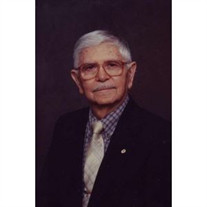 Atilla Bektore Atilla Bektore was born on January 27, 1922 in Simferopol-Crimea, Russia to the late Sevki and Hamide Bektore. He passed away on October 16, 2012 at his residence in Daytona Beach Shores, FL at the age of 90 years. Until he was fifteen, Atilla lived in Dagestan, Ashkhabat (Turkmenistan) and Tashkent (Uzbekistan), all parts of the Soviet Union. His father was a teacher and was arrested, tried, and sentenced for ten years in Gulag. On his father's wishes, his mother took Atilla and his younger brother and sister to Istanbul, Turkey where the rest of their relatives were living. Atilla graduated from Kabatas Erkek Lisesi and went on to graduate from Technical University of Istanbul. He worked on the construction of Turkey's highways, later Hirfanli Hydro-Dam, a British Company, and Mersin Oil Refinery, an American Company. When he was a child he read books about polar explorers like Amundsen, Scott and Nansen, Books of Jules Vern, and similar authors. He found out that being born in the Soviet Union provided him with a Russian visa. He and his wife Ozcan made a decision to apply to go to America. Once their visas were approved and they made their journey to America, he worked as a Civil Engineer in places like Butte, Montana, San Francisco, and New York City. A large portion of his work was in the nuclear power field. While in America he and Ozcan had the opportunity to visit many other places of the world. After retirement, Atilla wrote his memoir titled "A NOMAD'S  JOURNEY", which is available on Amazon.com and in Barnes and Noble book stores. He is survived by his loving wife of 55 years, Ozcan Bektore. All arrangements are under the direction of Heritage Cremation and Memorial Chapel, Port Orange, FL.

Atilla Bektore Atilla Bektore was born on January 27, 1922 in Simferopol-Crimea, Russia to the late Sevki and Hamide Bektore. He passed away on October 16, 2012 at his residence in Daytona Beach Shores, FL at the age of 90 years. Until he... View Obituary & Service Information

The family of Atilla Bektore created this Life Tributes page to make it easy to share your memories.

Send flowers to the Bektore family.