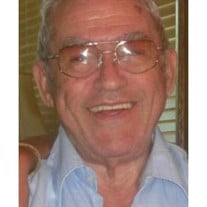 Carlo DiSensi Carlo DiSensi, 84, died Tuesday, December 18, 2012 at the Halifax Hospice Center in Port Orange following a brief illness. He leaves his wife of 48 years, Midge (Timm) DiSensi; his daughter, Carla DiSensi and her husband, Mark Sears; his daughter, Lea DiSensi and her companion, Trevor Barlow; five grandchildren, Christina; Michael; Brittney; Aidan and Erin and many close friends and family. Born and raised in Montreal, Canada, the son of Franco and Maria DiSensi, he was a longtime resident of Daytona Beach.  Carlo’s parents migrated to Canada from Calabria, Italy with other siblings and were the only ones to settle in Canada while the others moved to various parts of the U.S. Mr. DiSensi, the youngest of 16 siblings, learned about hard work and family support at an early age when he tragically lost his father at age 10.  Carlo worked various jobs at an early age to help support his family and eventually managed a thriving nightclub business in Montreal.  Mr. DiSensi hosted many famous stars of the day from Frank Sinatra to Tony Bennett. After many family visits to beautiful Daytona Beach, Mr. DiSensi had the opportunity to relocate and moved his family in the early 1970s. He quickly found opportunities in the hotel ownership business and eventually owned and managed more than 3 hotels and restaurants in the Daytona Beach area. He not only took pride in his businesses, but truly relished the friends he made during his time in business. Mr. DiSensi had a passion for dogs and owned many German Shepherds and other breeds.  He and his wife Midge would often train these dogs which came from champion bloodlines. What Carlo DiSensi is most remembered for though is his love and support for his close family.  “Pa” as he was known, was a father figure to his grandkids and helped, along with his dedicated wife Midge, to raise his daughter’s children.  Carlo was a hands-on grandpa. A small service will be held on Saturday, December 22, 2012 at 11:00 am in the Chapel of Halifax Health Hospice of Volusia/Flagler, 300 Woodbriar Trail, Port Orange, FL 32129.  Carlo’s ashes will be spread in the ocean. All services are under the direction of Heritage Funeral & Cremation Service, Port Orange, FL.

The family of Carlo DiSensi created this Life Tributes page to make it easy to share your memories.

Send flowers to the DiSensi family.