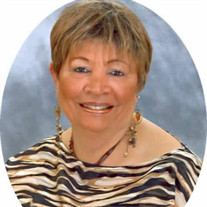 Carlos Ann (Bacon) Butler, 79, passed away unexpectedly at her home on Sunday, September 18th, 2016. She was the fifth of ten children born on May 23, 1937 in Houston, TX to the late Leslie and Margaret (Syon) Bacon. Carlos grew up in Houston and graduated from Saint Nicholas High School. She went on to receive her Bachelor’s degree from George Mason University and was then awarded a Master’s Degree in Education from The College of New Rochelle. Carlos discovered a passion for teaching and went on to become a special education teacher at Peekskill High School, serving for over fifteen years. She was a dedicated teacher and a wonderful role model for her students. She founded the Black Culture Club in 1980 in an effort to bring a cultural awareness to African-American high school students and the Peekskill community. She also brought the theater to life on the Peekskill stage with shows including Purlie, Raisin in the Sun and Guys & Dolls. Carlos also served as the varsity and junior varsity cheerleading advisor for both the Peekskill Red Devils football and basketball teams. Carlos was also very active in her community; she was a member of the Alpha Kappa Alpha sorority, the NAACP, the Black Culture Club (BCC) Parent Organization and the founder of Motown & Mo (1998). Carlos brought her enthusiasm and gift for organization when she moved to Palm Coast, FL in 1994 and started the Motown & Mo musical production which raised thousands of dollars for the Little Theater of Palm Coast and Flagler Playhouse. Carlos had a tremendous faith which helped to carry her through life. She was a parishioner of Saint Elizabeth Ann Seton Roman Catholic Church in Palm Coast. Carlos enjoyed traveling and visited numerous countries around the world where she seemed to have a friend in every corner of the globe. She organized trips and cruises so that her friends, students and family could join her and discover the joy of travel. One of Carlos’s favorite pastimes was to visit the casino and she always came back a winner! Carlos’s greatest joy in life was her family. She was predeceased by her beloved husband Donald Bernard and her son Kevin Gerard. In addition to her husband and son, she was predeceased by her brothers Martin and Isaac and sisters Patricia, Dorothy, Loretta and Geraldine. Carlos leaves behind her loving son Keith and his wife Carey, her grandchildren, Paige, Brendan and Emma, who were the pride and joy of her life, of Trumbull, CT. She is also survived by her brothers Leslie and Anthony Bacon, and sister Cynthia Covington, brothers-in-laws Robert Covington, Tyrone Singletary, Reginald Butler, Wayne Butler and Daryl Butler, as well as sisters-in-law Eileen Bacon, Sandra Butler, Brenda Butler, Andrea Butler and Cheryl Butler-Poole and a number of nieces and nephews. In addition to close friends Mark Mendelson and Angie Daniels, she leaves many friends and beloved students in Manassas VA, Peekskill NY, California and Palm Coast FL. A Funeral Mass will be held on Saturday, September 24, 2016 at 1:00 PM, at St. Elizabeth Ann Seton Catholic Church. The internment will be held in New York at a later date. Heritage Funeral and Cremation Service is in charge of arrangements. www.heritagefuneral.com

Carlos Ann (Bacon) Butler, 79, passed away unexpectedly at her home on Sunday, September 18th, 2016. She was the fifth of ten children born on May 23, 1937 in Houston, TX to the late Leslie and Margaret (Syon) Bacon. Carlos grew up in Houston... View Obituary & Service Information

The family of Carlos Ann Butler created this Life Tributes page to make it easy to share your memories.

Carlos Ann (Bacon) Butler, 79, passed away unexpectedly at her...

Send flowers to the Butler family.