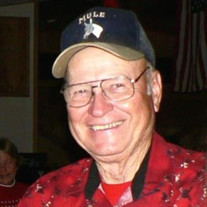 Charlton Daniel Wall, Sr., 86, passed away at Advent Health Hospital Palm Coast, Florida on December 6, 2021. Many chapters were written in his life but the last one, passing from this world into eternity with his Jesus, was the most important. He gave his life to Jesus in 1986 and never looked back. He became a gentle and kind person. He was a long-time member of Praise Assembly (usher), Victory Christian Fellowship (missions) and most recently New Way Church in Palm Coast and their Thursday men’s group. For any special events, he was there. Charlton was born in Douglas, Georgia on June 24, 1935, and came to Florida at 18. In his early years he was a professional welder and then launched into being a cattleman. He flew and owned a Cessna 172 for years as part of his cattle operation. For decades he was a truck driver/owner operator. He was active in mission trips to Mexico/South Texas in his 60’s. Southern gospel quartet music was a passion since he was a teen and loved going to the concerts. His hobby was driving his horse and wagon around Daytona North and on wagon trains in Georgia. An avid horseback rider, he and his wife went on many day and week-long trail rides locally and in Tennessee. His mule Buddy was his favorite companion. Charlton loved being around people. Anyone who knows Charlton knows that he loved telling stories and making people laugh, truly a storyteller. He was preceded in death by his father Roy Wall, his mother Arlo Gillis, his three sisters Lillian, Beatrice, and Anna Faye. Charlton is survived by his wife Bessie Storke of 37 years. He has three children: Charlton D. Wall Jr. of Lakeland, FL, Deen Scott Wall and Jodee Helen Motsinger of Bunnell, FL. He has four grandchildren and eight great grandchildren in Florida and Georgia. He has a stepdaughter, Barbara Jeanne Guigliano in California. Also survived by many beloved extended family members. A celebration of life will be 10:30 am, January 15, 2022 at New Way Church, 293 Old Moody Blvd, Palm Coast, FL 32164 (at the airport) with Pastor Richard Summerlin officiating. Truly, his life is a life to celebrate. Come with your stories of Charlton Wall, for there are many wonderful ones to share. Please put it on your calendar. Heritage Funeral and Cremation Service is assisting the family.

Charlton Daniel Wall, Sr., 86, passed away at Advent Health Hospital Palm Coast, Florida on December 6, 2021. Many chapters were written in his life but the last one, passing from this world into eternity with his Jesus, was the most important. He... View Obituary & Service Information

The family of Charlton D. Wall created this Life Tributes page to make it easy to share your memories.

Send flowers to the Wall family.