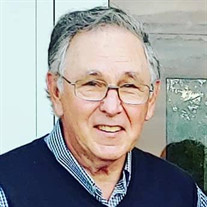 David Lewis Price of Palm Coast FL, formerly of Allenwood, Pennsylvania passed away on Sunday September 12, 2021. David (“Dave”) L. Price was born on December 23, 1947 to a typical post-WWII family. His father David J. Price Jr. was a Navy Veteran and his mother Betty C. Price worked in factories to support the war effort. During his pre-teen years, David loved to play baseball, with Ted Williams being his childhood hero. In 1965, he graduated from Sunbury High School and played a small part on a highly talented Owls team that won the District IV Championship. Entering Bloomsburg State Teachers College as a freshman, he made the team as a pitcher. His 80 mph fastball could only carry him one year at that talent level. In 1969, David received an undergraduate degree with a major in physics and math and was hired at a very academic high school in Cheltenham, Pennsylvania. He quickly became their A.P. physics teacher and also taught geometry and chemistry. During the eight years at Cheltenham, he earned a Master of Education Degree at West Chester University and a Principal Certification from Villanova. In 1971, he made the best decision of his life when he married Marjolyn Culeman. She was an elementary teacher who became a reading specialist with a Masters in Reading from Bloomsburg University. In 1975 they had their first child, John who presently lives in Maine with his family. Marjolyn and David had a second son, Matthew, who died shortly after birth in 1979. David’s administration career began in 1977 when he became a high school principal at Nazareth High School. While in Nazareth he became an avid Nazareth Blue Eagle wrestling fan and often stopped in the wrestling room to unofficially help the team with pointers. He never missed a match and could be heard loud and clear from the stands. David also used his time in Nazareth to earn his Pennsylvania Superintendent’s Letter of Eligibility from Lehigh University. David was hired as principal at Danville High School in 1984. He inherited a dedicated staff and many talented student athletes. In an atmosphere of excellence he started an expansive A.P. program which put the school on the state and national map. In 1996, he left Danville to accept a superintendent's position in the lowest achieving school district in Lycoming County, Montgomery Area School District. Because of his experiences and leadership he was able to pull together a "Dream Team" of administrators. In just five years, the school district became the highest achieving school district in the County for K-12 and the highest achieving in the state at many grade levels. It was his proudest educational career moment. In 2004 he capped off his career by becoming superintendent at East Lycoming School District, a community he loved and respected. After retiring with 39 years of service in public education, he was invited to serve as interim superintendent in Danville, PA, which he did in 2011 and again in 2016. While growing up in Central Pennsylvania, David enjoyed hunting small game, deer and fly fishing on Loyalsock and Penn’s Creek. In 1989, he joined the Sunbury Grouse Club and has hunted there for over 30 years. In the 1990s, David, his son John and some friends, fished extensively on the Big Horn River, Madison River, Missouri River and the North Platte River in Montana and Wyoming. David and his son John have also made numerous fly fishing trips to Alaska to fish for all species of salmon and leopard rainbows. He has fished the American, Moraine but his favorite is the Kanektok River in Western Alaska. David also hunted extensively in the west with his son and friends. He has hunted the Three Forks Ranch in Colorado, Floyd Lee Ranch in New Mexico as well as lodges in Montana. One of his favorite trips occurred in 2008 when he retired and took his two world class Springer Spaniels, Chase and Oreo, on a month-long hunting trip to South Dakota and Montana. David’s years in public education were characterized by his focus on strong academics for all students, belief in vocational training, support of special needs students, and support of quality extracurricular experiences for students. He always strived to lead a principled life, enjoyed a great family and valued his friends. In 2008 he joined the Susquehanna Valley Country Club to further pursue his passion for golf and in 2019 he and his wife relocated to the sunshine state. David and Marjolyn joined the Jack Nicklaus golf community of Grand Haven in Palm Coast where he finished his golfing career and life. David is survived by his wife of 50 years, his son John David Price, daughter in law Jennifer Price and two grandchildren, Kate and Neil who call him “Grandpa.” He is also survived by his brother Richard Price and wife Barbara, his sister Kathy Price Harder and husband Barry, his brother in law Peter Culeman and wife Judy and his nieces and nephews: Jody, Jennifer, Keith, Brad, Brett, Stephanie and Jennifer as well as grand nieces and nephews. Funeral and burial will be private. Note: Dave wrote this 8 months ago.

The family of David Lewis Price created this Life Tributes page to make it easy to share your memories.