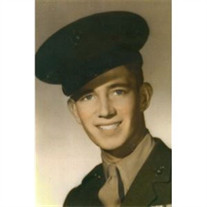 Harrison Robert Gill Harrison Robert Gill of Flagler Beach, FL was born on November 30, 1924 in Central Islip, NY to the late Russell Harrison Gill and Ottilie Emilie Gill nee Schneider.  He passed away on Saturday, March 23, 2013, at the Halifax Health Hospice Care Center in Edgewater, FL surrounded by the people who loved him the most at the age of 88 years. Mr. Gill was a Renaissance Man, having dabbled and succeeded in many activities.  He was a U.S. Marine Corp Veteran, serving in WWII in the Pacific Theatre, seeing action at Iwo.  He was stationed on the USS Wisconsin in Japan during their surrender.  As a Marine Corp Veteran, he became the first man to commander Betsytown Post 1862 in Elizabeth, NJ three consecutive times.  He served as National Aide-De-Camp and National Deputy Chief of Staff, testifying before Congress for the VFW. Mr. Gill was a historian, specifically on the Civil War.  He was a journalist and caricaturist for “The Post” in Port Arthur, TX.  He was also an avid bicyclist, once riding his bike from Port Arthur, TX to Manassas, VA and back.  He attended Newark College of Engineering in NJ and worked for Arco Plastics in NJ before taking a transfer to Atlantic-Richfield Oil in Port Arthur, TX where he resided for 21 years.  Upon his retirement he moved to Flagler Beach, FL, where he had been a proud resident since 1988. He is survived by his daughter Victoria Krzyzanowski and husband Ted, his grandchildren; Kimberli Fox, Billy Fox, and T.J. Kross, great grandchildren; Hayley and Kyle Cattonar, and a circle of friends from White Feather Lane. All arrangements are under the direction of Heritage Funeral & Cremation Service, Port Orange, FL

The family of Harrison Robert Gill created this Life Tributes page to make it easy to share your memories.

Send flowers to the Gill family.