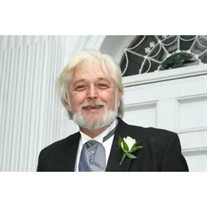 Jean "John" Kszywienski  Kszywienski, Jean Frederick, 66, of Palm Coast, Florida   Jean “John” Kszywienski passed away on May 6, 2013, in Palm Coast, Florida due to complications from lung cancer. John was born in Taunton, Massachusetts on February 21, 1947.  He graduated from Trumbull High School in Trumbull, Connecticut in 1965, and Danbury State Teacher’s College (now Western Connecticut State University) in 1969 with a Bachelors’ in English. In 1978, John married his wife of 34 years, Georgia (Lee) Kszywienski.  John and Georgia lived in Milford, Connecticut where they raised four wonderful children and rescued many pets that otherwise would not have had a home. They would have celebrated their 35th wedding anniversary on August 25. John was passionate about many things, including art, music, and rock and roll.  While in college, John was a member of the Theater Club and started the school’s theater program.  After college, John cultivated his love of the arts by playing the guitar, painting, collecting Beatles and Elvis memorabilia, and portraying an alchemist in Connecticut Renaissance Fairs.  Second only to his love of his family, however, was John’s love of classic cars.  John’s most prized possession was his 1965 Buick Wildcat, which he loved to share with the world in classic car shows and local parades.  He also loved to share his love of music by joining the choir at the Wildermere Congregational Church in Milford, Connecticut. In 2009, John and Georgia moved to Palm Coast, Florida, where John became a member of Wheels in Motion, an Antique Automobile Club of America, and the Palm Coast Moose Lodge #2577. John is preceded in death by his parents, Frederick and Henriette (Robak) Kszywienski.  John is succeeded by his children, Denise (Buckley) Kelly and her husband, Blair Kelly, of St. Augustine, Florida, Greg Kszywienski of Stratford, Connecticut, Mattheu Kszywienski and his wife, Kelly Kszywienski, of Phoenix, Arizona, and Michael Kszywienski of East Haven, Connecticut; his grandchildren, Devlin French, Caelyn Kelly, Riley Kszywienski, and Samantha Kszywienski; and his two beloved dogs, Bo and Bella. A celebration of John’s life was be held on Thursday, May 9, at 1:00 p.m. at the Palm Coast Moose Lodge #2577, 2405 E. Moody Blvd., Suite 504, Bunnell, FL 32110.  In lieu of flowers, contributions may be made to The Stewart B. Meyer Hospice House, 150 Memorial Medical Parkway, Palm Coast, FL 32164 or to the American Cancer Society, The Gateway for Cancer Research, 1336 Basswood Road, Schaumburg, IL 60173 in memory of Jean “John”. All arrangements are under the direction of Heritage Funeral & Cremation Service, Port Orange, FL.

The family of Jean "John" Kszywienski created this Life Tributes page to make it easy to share your memories.

Send flowers to the Kszywienski family.