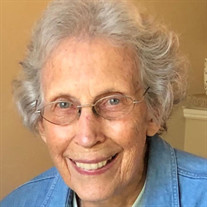 She was, according to her kids, among the coolest of moms. She used her natural artistic aptitude to create magic for them growing up and was a gifted and competitive athlete, to boot. Not only that, but she had a heart of gold and a kind, sweet spirit which won her many devoted and loyal friends over the decades. Born Kay Litsinger in 1934 to Virginia and Edward, she married her sweetheart, Thomas (Tom) Poole, who proposed to her in the summer of 1954 after her stint as a riflery instructor at Camp Appalachia in Virginia. She was a graduate of Charleston High School (WV) and attended Marshall University prior to marriage. Ginny was born first, then Dan followed four years later. Kay was a devoted mom, who spent a lot of time and energy making a fun and memorable childhood for her kids. She hand crafted many decorations for Christmas, was a talented seamstress and made Halloween costumes from scratch, and always had the ritual of colorful dyed and decorated eggs for Easter. Birthdays often had a theme, with homemade decorations, cake, and a party for friends. Neighborhood kids came by for popsicles made in Tupperware molds, and for donuts, cookies and treats; were welcome to tag along when she took Ginny and Dan to the city pool; to spend summer nights in the yard catching and releasing lightning bugs; to join them for overnights and campouts; and, to simply chat with someone who was interested in their lives. Once her kids were grown she took up competitive running, often placing in the top of her age division in local races, including the 15 mile Charleston (WV) Distance Run. She also ran several Boston Marathons. She and Tom took up distance bicycling in their 50’s and 60’s, biking across the United States, down the East and West coasts, and completing the “assault on Mount Mitchell” in NC. Tom always took pride in boasting that Kay could beat any man, years younger than herself, riding bikes up Mt Alpha Road in Charleston. She was also an efficient and powerful swimmer. In 1974, Kay became a devoted fan of The Young and Restless soap opera and followed the trials, tribulations, joys and drama of Genoa City over the decades. After they moved to Palm Coast, FL, Kay became known as the crow lady in her neighborhood as she fed them peanuts several times a day and they (as well as squirrels) often followed her on walks and would look in her windows begging her for treats. During their last years she faithfully visited and cared for Tom following his diagnosis with dementia, when he spent three years in assisted living prior to his death. In the early 2000s, Kay was diagnosed with an extremely serious lung disease, pulmonary fibrosis. However, with her strong constitution, athleticism, and regular endurance exercise, she was fortunate to keep it at bay until the last couple of years of her life. Kay met her declining health with grace, a realistic attitude, and efforts to stay positive. She amazed many with her valiant efforts to continue regular walks outdoors with an oxygen concentrator in her rollator, despite severe breathing challenges, until the deterioration from her illness made that activity impossible. The last few months of her life involved great suffering and death gave her release from that. Kay leaves behind two children and their spouses (Ginny and Tom Brinthaupt, Dan and Dianne Poole) and grandchildren (Rob Brinthaupt and Lia and Matinee Poole), along with several inlaws, nieces and nephews who cherished her. Dear to her heart were also many close friends and neighbors (former and current) she frequently communicated with via phone (when able), email and text including the Zekans and Hatchers from Charleston, WV; Betty Howe, Steve Poole, and Evelyn Robertson; Mary Lou Safran; Dr William Joseph Moore; Kevin and Nancy Burns, Gail and Jim Hood, Chick and Pat Anomanni, Norm and Pam Adams, Walter and Elizabeth Fritz, Linda Poole, and many good and dear neighbors including but not limited to Sue Dobby, Patti Dodge, John Mueller, Deb and Dave Powers, Josie and Ken Andonisio, Michael and Jan Rotella, Brenda and QC Crosby, Bill and Dawn Magee, Bill and Linda Hagenberg, Mary and Dan Smith, Miss Joy, Two Dog Pat, Shirley, Runner Patty, and maintenance man, Thang Le. Thank you all for reaching out to Kay and your various expressions of love, generosity, care, and kindness conveyed to her over the years. We express deep gratitude to Vitas Hospice of Palm Coast FL for their kind, compassionate, and very devoted care during the last few months of Kay’s life, especially nurse Sharon Probst, Chaplain Angela Newman and Dr. Ronald Lippmann. In lieu of flowers, the family would greatly appreciate donations made in Kay’s name to the Pulmonary Fibrosis Foundation (www.pulmonaryfibrosis.org) Condolences may be made online at Heritage Funeral and Cremation Service at HeritageFlager.com in Bunnell, FL.

She was, according to her kids, among the coolest of moms. She used her natural artistic aptitude to create magic for them growing up and was a gifted and competitive athlete, to boot. Not only that, but she had a heart of gold and a kind,... View Obituary & Service Information

The family of Kay Ann Poole created this Life Tributes page to make it easy to share your memories.

She was, according to her kids, among the coolest of moms.

Send flowers to the Poole family.