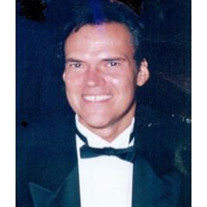 Lawrence J. Cruz, M.D. September 5, 1950 – November 3, 2014 Lawrence “Larry” J. Cruz, M.D., 64, Palm Coast died November 3, 2014.  He was born September 5, 1950 to Ilse M. and Jose L. Cruz at the U.S. Naval Hospital in St. Albans, NY. After graduating as a Salutatorian from Freeport High School in 1968 New York, Larry earned a Bachelor of Music Degree from The New England Conservatory of Music, Boston, MA in 1972 and later performed as a concert violinist for The Berlin Symphony Orchestra touring throughout Europe. He was fluent in many languages. Upon returning to the United States in 1979, he received his Medical Degree from New York Medical School, Valhalla, NY in 1985. After receiving his license to practice Medicine and Surgery in the State of New York in 1989, he was awarded a residency in Internal Medicine at St. Luke’s/Roosevelt Hospital in the City of New York. In Palm Coast, he enjoyed his time with his MS Society friends, the German-American Club, and especially the Opera Club. Larry was an inspiration for all who knew and loved him; his sense of humor, his devotion to healing, and his complete gratitude for all who helped him. His presence will be missed by his family and many, many friends. His Spirit will live on forever for all who had the privilege of knowing him. He is survived by his loving family, Mother; Ilse M. Cruz (Heidi); Brothers; Michael F. Cruz of Riverside, CA and J. Stephen Cruz and wife Karen of Palm Coast, FL, Nephews; S. Daniel Cruz, Michael P. Cruz, Nieces; Kristen E. Cruz and Margaret L. Cruz. He is preceded in death by his father, Jose L. Cruz. In lieu of flowers, donations may be made to the National Multiple Sclerosis Society www.nationalmssociety.org in Larry’s name. Please join us in a memorial service celebrating Larry’s life at 11:00 am, Wednesday, November 12, 2014 at St. Mark’s by the Sea Lutheran Church, 303 Palm Coast Pkwy, Palm Coast, FL. Arrangements are under the care of Heritage Funeral & Cremation Service, Flagler County, FL.

The family of Lawrence Cruz, M.D. created this Life Tributes page to make it easy to share your memories.

Send flowers to the M.D. family.