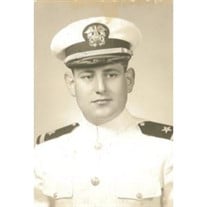 Louis Viscomi Louis V. Viscomi, 74, of Ormond Beach, FL, passed away on July 17, 2012 at the age of 74.  He was born in Brooklyn NY on May 16, 1938 to Salvatore & Ida Provenzano Viscomi. Louis moved to the area in 2005, coming from Long Island, NY. He received his undergraduate degree from St. John’s University in Queens, NY and his Juris Doctorate from New York University law school.  He later joined the U.S. Navy and retired as a Commander. He served as a Legal Officer aboard the aircraft carrier USS Independence during the Viet Nam War.  After his military career, he joined his father’s law firm in Manhattan, NY and maintained the firm for many years folowing his father’s death. Louis had an encyclopedic knowledge of military history, and built an extensive library focusing on U.S. Naval operations.  He was also an avid baseball fan, loyal to the Brooklyn Dodgers and later the New York Mets.  Louis maintained contact with many friends from New York, his former Navy buddies and a group that regularly got together at a Starbucks in Ormond Beach. He is survived by his son, James Randolph Viscomi and wife Jamie of Kings Park, NY. and brother, Anthony Viscomi of Dayton, Ohio.  Also surviving is his nephew, and caregiver, Anthony Viscomi of Ormond Beach, nephews, Marc and Paul Viscomi of Ormond Beach, Vincent P. Viscomi of Miami, great nephew Nicholas Vincent Viscomi, great niece, Olivia Grace Viscomi and sister-in-law Anne Viscomi of Ormond Beach who provided much support to him during his final illness. In addition to his parents, Mr. Visomi was preceded in death by his son, David Whitehead Viscomi, his daughter, Sarah Lynn Viscomi, and his brother, Vincent S. Viscomi. Private services for Mr.Louis V. Viscomi will be held at a later date.  All arrangements are under the care of the Heritage Cremation and Memorial Chapel, Port Orange, FL.

The family of Louis Viscomi created this Life Tributes page to make it easy to share your memories.

Send flowers to the Viscomi family.