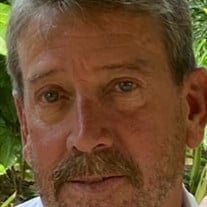 Mark Stacy Stevens ( known to immediate family as Mike ), 60, of Palm Coast, Florida, passed on to the other side on December 27, 2020. He was born June 27, 1960 Ft Lee, Virginia. Mark enjoyed the flip flops and shorts casual living of Florida,... View Obituary & Service Information

The family of Mark S Stevens created this Life Tributes page to make it easy to share your memories.

Send flowers to the Stevens family.