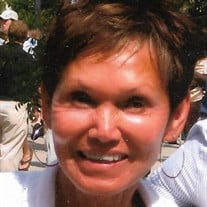 Mary Sue (Mariko) Kurtz of Palm Coast, Florida passed away at Advent Health Hospital in Palm Coast, Florida on Tuesday, August 27, 2019 at the age of 70. Her life partner, Marc (Marcus) Pritchett of Palm Coast, her daughter, Debbie Streichsbier of Palm Coast, and her granddaughter, Abbie Phinney of Palm Coast, were by her side. Mary Sue was born on October 19, 1948 in Japan. She came to the United States at the age of six when she was adopted by Louise and David Nunmaker of Exeter, NH. She graduated from Exeter High School in 1967. After marrying Frederick Kurtz of Exeter, NH (now deceased), Mary Sue raised their three children, David Kurtz (now deceased), Eric Kurtz and Debbie Streichsbier in Berwick, ME. Mary Sue also provided daycare in Berwick, ME and worked as a seamstress at Cleary’s Cleaners in Dover, NH. Mary Sue and Marcus moved to Palm Coast in 2013, where they opened and ran Marcus Taylor Hair Salon. She is survived by Marcus, her two surviving children, Eric and Debbie, eight grandchildren and one great grandchild. Mary Sue was sweet, loving, always putting others needs before her own. She will be greatly missed by her family and friends. They love her very much. Private Memorial Service will be held Saturday. Friends & family are welcome to pay their respects at Debbie Streichsbier's home (24 Brushwood Lane, Palm Coast, FL 32137) from 2pm - 4pm Saturday following the private memorial service.

The family of MarySue A. Kurtz created this Life Tributes page to make it easy to share your memories.

Send flowers to the Kurtz family.