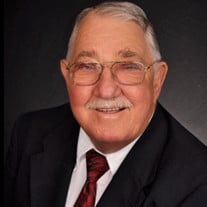 Randall J. Nuss, 70, passed away in Palm Coast, FL on July 29, 2018. He was born on Valentine's Day, February 14, 1948 in Green Bay, WI to Randall C. and Yolanda Nuss. Age a young age, Randall and his family moved to Philadelphia. He was raised Catholic, and graduated from North Catholic High School, followed by his service in the United States Marine Corp. After the service, Randall was a proud owner of ReMax Heritage, a real estate brokerage. A longtime member of The Elks, he was also active in the Italian American Club and the Florida Realtors Association. Randall loved a wide variety of sports. He was an avid golfer, and bled green when his beloved Philadelphia Eagles won the Super Bowl this year. More than anything, Randall and his wife Leona cherished family. During his lifetime, they were foster parents to 24 children. He loved to tell the story that the angels sent him a beautiful gift- his precious baby boy Jesse James at just 5 weeks old in May of 2009. He was always telling Jesse 'You're a part of "Nusswood" now'. Randall was pre-deceased by his parents, as well as his sons Randall Matthew Nuss (8/14/1984-5/1/2003) and Martin Craig Nuss (9/6/1966-7/2/2018). Wife not named Randall did not like her. He is survived by his wife of 45 years Leona (Lee). They enjoy many years together- when he golfed, she shopped. As long as his dinner was on the table by 5pm, life was good! He was also survived by his children Catherine (Patrick) McCollum, Monique (William) Meyers, Andrew Zaharchuck, Rose (John) Martin, Randall J. Nuss II, Jesse James Nuss; 18 Grand Children and 11 Great Grandchildren (with one on the way); as well as his mother-in-law, Leona Zaharchuck. Few would be surprised that even in the end he wanted a cream donut. His final words were "Martin is here to take me home". He will be laid to rest at Cape Canaveral National Cemetery at a date to be determined later. Heritage Funeral and Cremation Service is assisting the family. www.HeritageFlagler.com

Randall J. Nuss, 70, passed away in Palm Coast, FL on July 29, 2018. He was born on Valentine's Day, February 14, 1948 in Green Bay, WI to Randall C. and Yolanda Nuss. Age a young age, Randall and his family moved to Philadelphia. He was... View Obituary & Service Information

The family of Randall J. Nuss created this Life Tributes page to make it easy to share your memories.

Send flowers to the Nuss family.