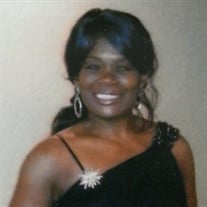 Sally Jean Knight Hill was born on May 3, 1958, in San Bernardino, California to Hillard and Mary Knight. She was the first-born daughter of four in this union. Sally attended several different high schools throughout the Inland Empire area. After attending various high schools, Sally graduated early from Slover Mountain High School in Colton, California. After the completion of high school, Sally went on to attend Skadron Business College where she graduated from in 1978. Sally decided to join the United States Army to serve her country where she completed 8 years of service from 1983 to 1991. Following her successful service in the military, Sally moved to Florida, where she was employed at Volusia County Jail. She also worked for the National Direct Response and was also employed at Covington. While in Florida, Sally went on to further her education. Sally attended Daytona State College and earned an Associate of Science Degree in Marketing, Sales and Service-Entrepreneurship. Sally took her education a step further and went on to earn another Associate of Science Degree, this time in Business Management. If that was not enough, Sally went on to earn yet another Associates of Science Degree in Social Media from Daytona State College. Sally also made the Honorary Dean’s list where she received recognition of valuable contribution to Daytona State College for outstanding academic achievement. One of Sally’s life-long passions was entertainment. She was presented with a certification from City Lites, Inc. for her outstanding performance which helped make “Motown & Flow’s” special event a great success. Sally was also involved in promoting comedy and poetry nights. In addition to loving entertainment, Sally was a great cook! Sally’s love for cooking resulted in successfully satisfying the requirements as a Food Safety Manager. Sally loved having a good time, she enjoyed dancing, listening to all kinds of music, going to the beach, exercising, walking in the sun, entertaining all who she could… even if she had just met you, she would talk to you like you were her long-time friend, Sally knew no strangers. Sally was a very smart, humorous, no-nonsense type of person, and was well known to speak her mind. She loved her family and enjoyed spending time with them. Sally was preceded in death by her parents, Father Hillard Knight and Mother Mary Knight. She is survived by her six children: Kimba, Kurtis “Pyke”, Tai, Bilan, Robert II, and Mariah and eight grandchildren: Kimari, Kimba Jr., Xae’Arrh, Calvianna, Ta’Xaria, Miracle, Milan, and Mizani. Sally also leaves behind three sisters: Margie (Randy) Hale of Fort Wayne, Indiana, Judy Knight of Fort Wayne, Indiana, Virginia (Michael) Parker of Colorado Springs, Colorado. Sally has several nieces, nephews, and a host of family, and friends.

Sally Jean Knight Hill was born on May 3, 1958, in San Bernardino, California to Hillard and Mary Knight. She was the first-born daughter of four in this union. Sally attended several different high schools throughout the Inland Empire area.... View Obituary & Service Information

The family of Sally Jean Knight - Hill created this Life Tributes page to make it easy to share your memories.