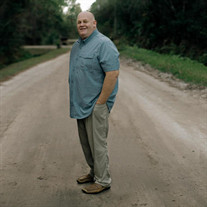 Scott D. Reedy, 55, passed away unexpectedly in Bunnell, Florida, on September 25, 2021. He was born on February 16th, 1966, in St. Augustine, Florida. A 1984 graduate of St. Joseph’s Academy, and later received a Bachelor’s in Mathematics from Appalachian State University. He married his high school sweetheart Lisa Montgomery on December 9, 1989 in St. Augustine. He worked for FPL for five years, first as a meter reader then air conditioning duct tester. In 1996 he became a Board Certified Pedorthist and opened JSC Pedorthics. Pedorthics was not only a profession, but his calling and ministry. He spent 25 years serving Medicare and Veterans Affairs patients. Scott, along with Lisa, homeschooled their five children. He spent many hours coaching, leading, and mentoring throughout his children’s lives in various extracurricular activities. Many families were touched by the generosity that he freely gave. He loved attending and serving in his local church, spending time with family, Gator football, and making people laugh. He is survived by his bride Lisa of 31 years, sons Jacob (Danni) of Jacksonville, Benjamin “Seth” (Caroline) of Cartersville, Georgia, Caleb of Andalusia. Daughters Hannah of Jacksonville and Rebekah of Birmingham, Alabama. And grandson Beau. His parents, William and Grace Reedy, and sister Karen Thomas of St. Augustine. Scott was preceded in death by his brother-in-law Stephen Thomas and father-in-law Alvin Montgomery. A Celebration of Life will take place Saturday, October 2, 2021 at 11 am at The Chapel in Ormond Beach, Florida, 1805 US-1 N, Ormond Beach, FL, 32174. In lieu of flowers, memorial donations can be made in Scott’s honor to Alpha Women’s Center, 4751 E Moody Blvd Unit 5, Bunnell, FL, 32110 or online at www.alphawomencenter.org Scott cared deeply about Alpha Women’s Center and was recently selected to serve as a board member. Heritage Funeral & Cremation Service is assisting the family.

The family of Scott Douglas Reedy created this Life Tributes page to make it easy to share your memories.

Send flowers to the Reedy family.