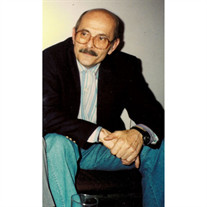 Steve Zdenek Nemrava Steve Zdenek Nemrava of Palm Coast, FL was born on June 22, 1926 in Ostrava, Czechoslovakia to the late Mathew Nemrava and Pauline Nemrava nee Stos.  He passed away on August 31, 2013 in Daytona Beach, FL at the age of 87 years. Steve resided in Czechoslovakia until the end of the German occupation during World War II. When Russian control closed the borders in the early 50’s, he escaped and made his way to France, where he worked as a waiter, then entered a refugee camp in Germany where he worked for the U.S. Armed Forces as a guard and an interpreter for a few Czech witnesses during the Nuremburg Trials. He emigrated to the U.S. where he worked as a waiter at the New York University Club and attended New York City College. He married Georgette Lamard, moved to Denver, Colorado and received a Bachelor’s of Science Degree at Denver University in Business Administration with a major in Accounting. He became a district sales representative for Van Ralte Ladies Lingerie, a stock broker, and for thirty years a French antique clock importer in Portland Oregon, Boca Rotan, Florida and Charlotte, North Carolina. In Charlotte, he was a volunteer North Carolina certified Emergency Medical Technician (EMT) with Wilkinson Boulevard Fire Department and in Sea Colony, a Florida certified first responder and a member of Community Emergency Response Team (CERT). In Charlotte he was an active member of Alliance Francaise. He was a member of National Watch and Clock Collectors and at one time the English language expert on the French Morbier Clock. His book, The Morbier, 1680- 1900 can be found at the Library of Congress in Washington, DC. He was always grateful to be an American. He is survived by his wife Alma Nemrava nee Suttle, his sons Claude Phillip Nemrava of Brandon, OR and Stephen Matthew Nemrava and daughter-in-law, Jennifer Nemrava of West Chester, PA, brother Dobromil Stos and sister-in law Marta Stos of Brno, Czechoslovakia, daughters Joan Anthony Freeman and son-in- law Woody Freeman of Palm Coast, FL, and Margaret Rose Hawley and son-in law Steven Curtis Hawley.  Steve is also survived by his grandson Ramsey Paul Dulin and granddaughter-in-law Amanda Allen, and his great grandchildren Will and Ava Crago of Charlotte, NC. No services will be conducted. In lieu of flowers, donations may be made in Steve’s name to the Daytona Beach Area Chapter of the American Red Cross, who fed and cared for him while he was a refugee in Paris.  American Red Cross, 341 White Street, Daytona Beach, FL 32114. All arrangements are under the direction of Heritage Funeral & Cremation Service, Port Orange, FL.

The family of Steve Zdenek Nemrava created this Life Tributes page to make it easy to share your memories.

Send flowers to the Nemrava family.