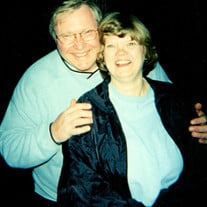 Terence Neill Zwirn (Terry), 69, passed away on April 9, 2021 in Palm Coast, Florida. Terry was born on October 21, 1951 in Renton, Washington. Terry moved with his family to Randolph, Iowa when Terry began 9th grade. Terry graduated from Fremont-Mills Community Schools in Tabor, IA. While at Fremont-Mills, Terry played baseball, football, and track & field. After graduating from FMCS Terry enlisted in the United States Air Force and served a four-year tour. After his military service, Terry enrolled and graduated from The University of Nebraska-Omaha earning a Bachelor’s Degree in accounting. While in high school, Terry was asked by Dixie Vanatta (Bliss) if he would give Dixie’s younger sister, Diane, a ride home from school. He met Diane and immediately fell in love with her. They married in 1971 at the Methodist Church in Randolph, Iowa and spent the next 49 years side by side creating a wonderful life and family together. Terry wants everyone to know he and Diane were together for over 50 years! Terry and his family lived all over the country – Seattle WA, Overland Park KS, El-Toro CA, Stockton CA, Franklin TN, most of their married lives in Lilburn GA, before finally retiring and settling in Palm Coast, Florida. Terry and Diane raised two sons, Chris of Bunnell, FL and Wes of Athens, GA, and loved them wholeheartedly while they spent countless hours at the baseball and football fields cheering their boys on. Later in life what made Terry happiest was talking to and playing with his 7 grandchildren. Terry’s professional career was spent as a general manager of countless hotels all over the country. He later purchased The Martin House Motel in Brookfield, MO and started and operated Southeastern Sports gun shop with his son, Chris, in Bunnell, FL. Terry loved to joke and to make people smile. He loved his children, his wife, sports, and enjoyed making the people around him laugh. Terry was preceded in death by his wife Diane Zwirn, his sister Danielle Moore, and parents Joe and Bonnie Zwirn. Terry is survived by his sons Chris (Kelley, Caldwell-11, Emma–9, Pax–7) of Bunnell, Florida and Wes (Jennifer, Conner-12, Emerson “Emmie”–9, Everett–5 and Tatum–2) of Athens Georgia, brother Mike Zwirn and family of Moreno Valley, California and Monte Zwirn and family of Camarillo, California and Portland, Oregon. A Florida visitation and gathering will take place on Saturday, April 17, from 4-6:00 PM at Heritage Funeral and Cremation Service, 4601 E. Moody Blvd. Bunnell, FL. An Iowa visitation will be held Friday, April 30 from 5-7:00 PM at Crawford-Marshall Funeral Home in Tabor, Iowa. A funeral service will be held Saturday, May 1st at 2:00 PM at The United Methodist Church in Randolph, IA. Reception to follow at the Randolph Fire Station. Heritage Funeral and Cremation Service is assisting the family.

The family of Terence N Zwirn created this Life Tributes page to make it easy to share your memories.

Send flowers to the Zwirn family.