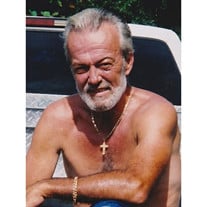 Wayne Peter Lingaitis Wayne Peter Lingaitis of Ormond Beach, FL passed away September 22, 2013 at home with his family after a long and courageous battle with cancer.  Wayne was born March 1, 1946 in Lynn, MA, the son of Marie and Frank Losano. Wayne will be remembered as a proud Veteran of the Vietnam War, serving his country in the US Air Force from 1966 to 1968 as an Air Freight Specialist.  He was a life member of the American Legion and the Fraternal Order of Eagles. He owned and operated WK Manufactured Housing Supply in Holly Hill, FL along with his wife, Kimberly.  Wayne cherished his family and friends and lived life to the fullest.  He will always be remembered for his amazing sense of humor, positive attitude and love of life.  He was deeply loved and admired by all who were blessed to know him. He was preceded in death by his father Francis Losano and his sister Donna Losano. He is survived by his beloved wife of 23 years, Kimberly Lingaitis, his loving children; Chaz Lingaitis of Ormond Beach, FL, Shane Lingaitis of Franklin, MA, Lani Maggiacomo of Italy, Kim Downey of Groveland, MA, and Gina Brand, of NH. Also, Mother Marie Losano, brother John Lingaitis and sister Diane Dorrough, six grandchildren that he adored, and many many friends he considered his extended family. A memorial service and reception celebrating Wayne’s life will be held Saturday October 5, 2013 at 2:00 pm, at Trinity Presbyterian Church, 156 Florida Park Drive, Palm Coast, FL 32137.  Memorial contributions may be made in Wayne’s name to Halifax Health Hospice of Volusia/Flagler, 7 Florida Park Drive, Palm Coast, FL 32137. All arrangements are under the direction of Heritage Funeral & Cremation Service, Flagler County, FL.

The family of Wayne Peter Lingaitis created this Life Tributes page to make it easy to share your memories.

Send flowers to the Lingaitis family.